The idea that life on Earth was “seeded” from elsewhere in the Universe dates back at least to the Greek philosopher Anaximander in the sixth century BCE. In the twentieth century it was proposed by the physical chemist Svante Arrhenius, by the astronomers Fred Hoyle and Chandra Wickramasinghe, and by molecular biologist Francis Crick and chemist Leslie Orgel. 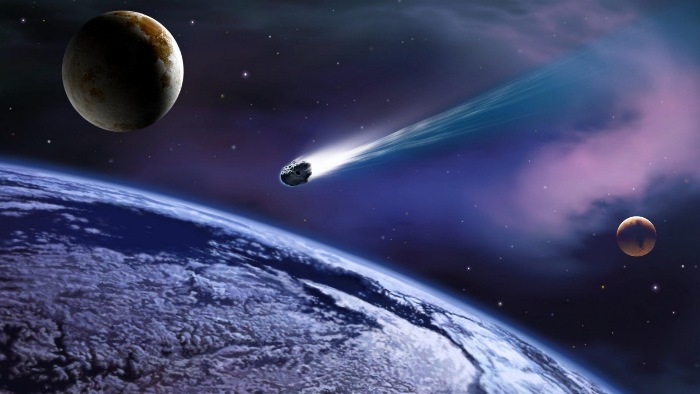 END_OF_DOCUMENT_TOKEN_TO_BE_REPLACED

Biologists reason that all living organisms on Earth must share a single last universal ancestor, because it would be virtually impossible that two or more separate lineages could have independently developed the many complex biochemical mechanisms common to all living organisms.
As previously mentioned the earliest organisms for which fossil evidence is available are bacteria, cells far too complex to have arisen directly from non-living materials. The lack of fossil or geochemical evidence for earlier organisms has left plenty of scope for hypotheses, which fall into two main groups: 1) that life arose spontaneously on Earth or 2) that it was “seeded” from elsewhere in the Universe.